Warmind is the second paid expansion to Destiny 2, released on May 8, 2018.[1] It constituted the second half of the Destiny 2 Expansion Pass releases, and added new content to the game such as a story campaign, strikes, Crucible maps, weapons and armor, and a Raid Lair activity. The story of the expansion revolves around Rasputin and the introduction of Ana Bray to the franchise, a character thought dead by fans familiar with her presence in Destiny's Grimoire.

This expansion and its accompanying campaign, strike, and Raid Lair content entered the Destiny Content Vault on November 10, 2020.[2]

Warmind begins with the Guardian venturing to Mars to investigate the sudden increase of Warsats falling out of the desert planet's orbit.[3] Which is later learned to be the result of the Warmind buried there, stirring due to the Traveler's recent awakening.[4] As they approach, the Ghost picks up a communication signal, hearing another Guardian beckoning for backup on the surface. The Guardian, soon revealed to be the legendary Ana Bray, tasks the Guardian with helping her fight through the Hive to reach a Clovis Bray facility, where the Warmind Rasputin is located.[3] After infiltrating the facility, the Guardian is granted a gift from Rasputin, the Valkyrie, to help defeat the frozen Hive attempting to destroy the Warmind. Upon doing this, the Guardian and Ana Bray approach the mind core of Rasputin, only to be stopped in their tracks by Zavala, who was already ahead of them. He scolds them for meddling with the Warmind, but Ana retorts that Rasputin is necessary for the survival of humanity before a rumble reverberates through the ground, interrupting the group. The Ghost questions what the cause of the rumbling is, and Zavala answers, explaining that Xol, Will of the Thousands, Hive worm god, has also reawakened beneath the surface of Mars.[4]

The group devises a plan to draw Xol out, in order to defeat it, with the help of Rasputin. So the Guardian ventures to the EDZ to obtain a fragment of the Traveler that broke off during Ghaul's attack, which they accomplish after defeating the Taken guarding it with the help of Rasputin thanks to Ana.[5] Returning to Mars, the Guardian delves into the caverns where Xol travels, with the intention of bringing the fragment of the Traveler to where the worm god feeds. But upon reaching the end of the cave, the Guardian is not met by Xol, but instead a Hive being known as Nokris, Herald of Xol. After defeating Nokris, Xol caves the Guardian in, and heads toward the Clovis Bray facility to end Rasputin. The Guardian escapes, and Zavala submits that the group needs support from Rasputin in order to defeat Xol.[6] Xol is already tearing components of the Warmind apart as the Guardian arrives, Ana directing them to forge a new Valkyrie to be overcharged by Rasputin so they might defeat the worm god. They barely manage to do this, and with the help of Rasputin, Xol, Will of the Thousands, is defeated. After the Guardian, Ana, and Zavala regroup, Rasputin, now fully online and untethered, declares his selfhood. Stating that he will do as he wishes, worrying Zavala greatly, but Ana reassures him that she can keep the Warmind in check.[7]

Warmind was available for purchase digitally upon launch for $19.99 USD.[1] This expansion, as well as all Destiny 2 Year 1 content was made available for free as part of Destiny 2: New Light, which launched alongside Shadowkeep on October 1, 2019.[8]

In addition to being included in the Forsaken: Complete Collection upon Forsaken's launch,[10] Curse of Osiris and Warmind were eventually both bundled in with every purchase of Forsaken as of October 16, 2018.[11]

Whisper of the Worm Soundtrack

A secret Exotic mission known as The Whisper quietly released during season 3, and it would later see two tracks from its original soundtrack officially released on the Bungie Store as the first offer of the Bungie Rewards program bundled with the Forsaken Original Soundtrack on September 4, 2018.[12] This offer would be available to anyone who completed the Forsaken main campaign in the month of September, and the offer could be redeemed until early October 2018.[13] 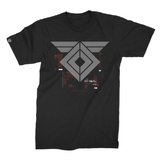 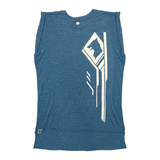 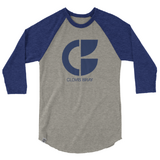 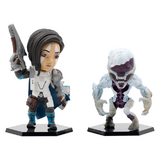 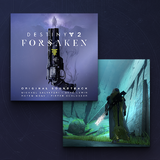 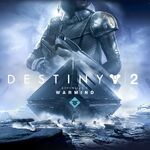 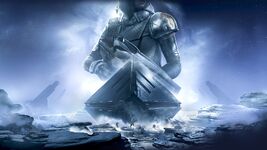 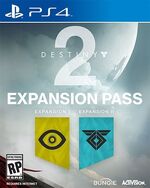