Season of the Chosen

Its story revolves around a Vex simulation pushed into reality, causing the sun to vanish from the sky over the Last City. To solve this, Ikora Rey and Osiris look to Mithrax, Kell of Light, a sacred Eliksni Splicer, to help the Guardian enter the Vex network and put an end to this simulation.[1]

The story of Season of the Splicer begins when the Last Safe City is enveloped in an Endless Night wrought by a Vex simulation. Lost as to how to undo this act, or how its greater purposes might be uncovered, Ikora Rey and Osiris reach out to Mithrax, Kell of Light, and sacred Eliksni Splicer in their desperation. To extend this hand of cooperation, the Guardian is sent to Europa to find the Kell. They eventually find a straggle of House of Salvation defectors under attack by the Vex, as they attempt to escape Europa to the House of Light. Upon assisting the Eliksni, the Guardian is greeted by Mithrax. The Kell agrees to hear Ikora's plea, but only if the Guardian is willing to enter the Vex domain so the Eliksni might find a moment of respite. Using his knowledge as a Splicer, Mithrax opens a vortex leading into the Vex domain, which the Guardian enters to challenge the Vex. The Guardian eventually defeats a Subjugated Curator of the Vex, obtaining a Paradrome Cube and escaping the Lightless dimension. Mithrax notes that the Cube may provide a path to understanding the plans of the Vex, but relents that he must protect his people instead. In response, Ikora invites the House of Light to shelter within the Last City, to which Mithrax agrees.[2]

In the following weeks, Mithrax works closely with the Guardian to override the Vex domain and hone their skills as a Splicer. Also collaborating in this effort are Ikora, Saint-14, Osiris, and Lakshmi-2. While Ikora and Osiris are respectful towards the Kell and his House, Saint-14 and Lakshmi-2 prove that old wounds aren't always so easily overlooked. The people of the City predictably experience a culture shock as the House of Light attempts to assimilate; however many experience positive interactions with the innocent Eliksni civilians. Despite this, Lakshmi-2 is steadfast in her disdain of the Eliksni's involvement in the situation as time goes on. Leveraging her position of leadership within the Consensus, she preaches to the people of the Last City that the Eliksni's presence therein must not be tolerated. This exacerbates civil unrest, leading to an attack on the Eliksni Quarters within the Botza District of the City. No lives are lost in the act of hostility, but the House of Light reels yet. Despite this, Mithrax makes an effort to explicitly state his refusal to retaliate. Saint-14, now cordial with Mithrax, still sympathizes with the people of the City. In response, Mithrax explains to Saint the Eliksni's perspective on him, given his past crusades against their people.[3] After seeing with his own eyes that the House of Light views him as a monster, Saint makes the hard decision to let the past go, and to fight for the Mithrax's people as if they were his own.[4]

After further days and weeks of rising tensions between the House of Light and the Future War Cult, a breakthrough is finally reached. During a routine outing to expunge the Vex network, the Guardian and Mithrax achieve the revelation that Quria, Blade Transform, puppet of Savathûn, the Witch Queen, is the source of the Endless Night. This discovery leads to the next, the location of the Dreaming Mind within the vast domain of the Vex. The Guardian enters the Vex network one final time in pursuit of the Dreaming Mind. After a lengthy battle, slaying both the Nexus Minotaur and the Evaluator of Savathûn, Quria, Blade Transform, falls. In the coming days, the veil of the Endless Night slowly lifts, until daylight is finally returned to the Last City.

Those in the Tower celebrate this victory with the Solstice of Heroes. However, as the celebration subsides, Lakshmi's prolonged failure to accept the House of Light for their familiar humanity is proven in her final, desperate act to root them out of the city for good. Using the Vex data obtained throughout the Guardian's incursions into the Vex network, she opens a portal within the Eliksni Quarters with the intension of banishing the Eliksni to its receiving end. Unfortunately for her, this plan backfires, as her end is met as the Vex emerge from the rift, pouring out into the Eliksni Quarters.[5] The Guardian is immediately summoned, pushing back the Vex and splicing into their domain to kill the Subjugated Mind within. Meanwhile, the Eliksni are cornered, Mithrax and Saint-14 holding off the attacking Vex together as long as they can. As the attack is ongoing, Osiris quietly watches from a nearby rooftop, before mysteriously leaving. As hope begins to fade, Ikora arrives, dropping a Nova Bomb on the closest Vex. Followed soon after by Amanda Holliday and Commander Zavala, the five push back the Vex onslaught, putting an end to the threat. 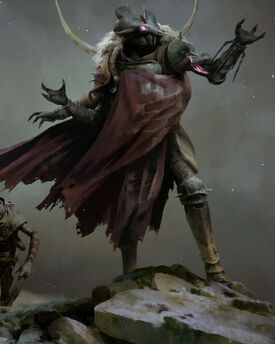 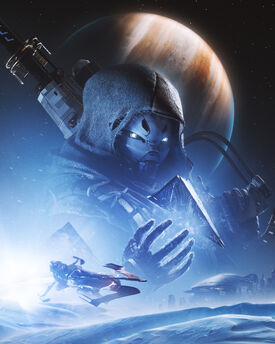 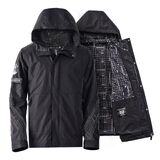 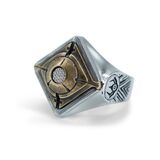 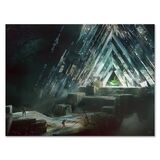 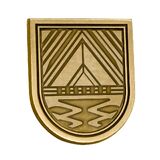 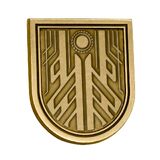 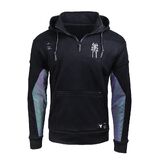 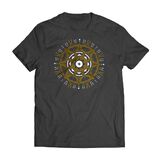