View source
watch 01:36
We're Getting Mutants in the MCU - The Loop
Do you like this video?
Play Sound

SUROS Regime is an Exotic Auto Rifle that deals Kinetic damage, introduced in Destiny. Its Exotic trait causes the bottom half of the weapon's magazine to deal bonus damage, as well as provide a chance to restore health to the user while dealing damage with it. The SUROS Regime also notably had a perk called Focused Fire, which caused the weapon to fire slower, while also boosting its damage. In year 2 of Destiny, the weapon was reprised, and this new version attained an additional perk called Spinning Up, which could be chosen instead of Focused Fire. This perk caused the weapon's fire rate to speed up the longer it was fired.

The SUROS Regime is an extremely unique weapon in that, every time it has been reprised, its aesthetics have changed. In Destiny, the SUROS held its now-classic white and red color scheme, which has also come to be associated with the SUROS weapon foundry at large. But upon being reprised in year 2 of Destiny, its white turned to black, and in Destiny 2, that black turned to blue. However, in Destiny 2, the SUROS Regime also has an optional ornament, Coup de Main, that offers a look more reminiscent of its original color scheme. 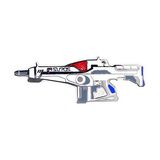 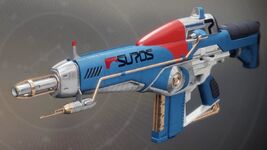 SUROS Regime as it appears in Destiny 2 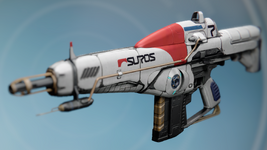 SUROS Regime as it appeared in Destiny 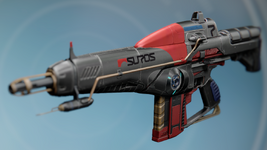 SUROS Regime as it appears as of Destiny Year 2 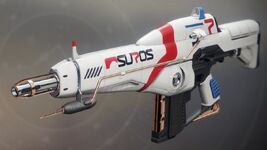 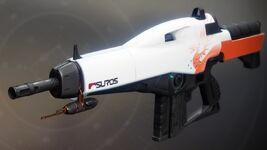 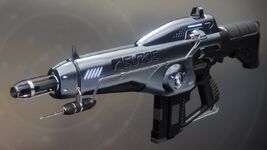 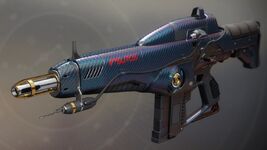 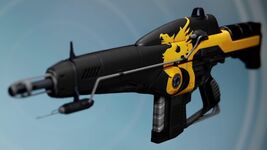 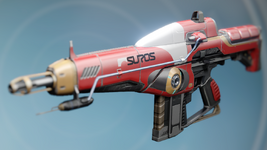