Hawkmoon is an Exotic Hand Cannon that deals Kinetic damage, introduced in Destiny as a Playstation platform exclusive for one year. Its Exotic trait causes its magazine to contain two bullets that will deal bonus damage at random. This was designed to synergize with Luck in the Chamber, a Legendary perk also found on the weapon. It was initially obtainable as a random world drop in Destiny, and it soon became iconic for its stunning design, unique sound effects, and overall power in both cooperative and competitive play.

It was announced during Bungie's GCX 2020 charity livestreaming block that Hawkmoon would be reprised in Destiny 2 during Season of the Hunt. It was said that the weapon would be pushed away from the random nature it had previously, but no hints were given as to what the changes would be. After the season was underway in early 2021, the weapon became available exclusively as a reward for the then-newly introduced Harbinger mission. Hawkmoon's new perk, Paracausal Rounds, causes critical shots to build Paracausal Round stacks, which would each empower the final bullet of the magazine. Another new trait of the Hawkmoon was that it could roll with a random second trait, as well as random grip and barrel perks. Something never before seen on an Exotic weapon in the entire franchise. 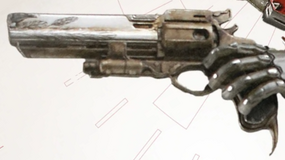 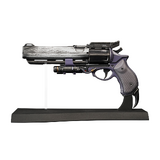 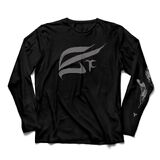 Hawkmoon as it appears in Destiny 2

Hawkmoon as it appears in Destiny

On Ashen Wings Ornament as seen in Destiny 2

Moonglow Ornament as seen in Destiny

Carrion Ornament as seen in Destiny