The Fatebringer is a Legendary Hand Cannon introduced in Destiny. In the game, it had a chance to drop as a reward from completing the Templar encounter in the Heroic version of the Vault of Glass Raid. As with all Raid primary weapons in the game's first year, it was unique in that it dealt elemental damage. This, combined with its unique perk set of Explosive Rounds, Outlaw, and Firefly, and the weapon's overall base effectiveness, resulted in the weapon taking on an iconic stature in the Destiny community.

Upon the release of The Taken King, Fatebringer along with all Year 1 weapons were left behind as the new infusion leveling system was introduced to the game. It was also at this time that Legendary primary weapons with elemental damage were discontinued. However, during Destiny's third year, Fatebringer would return in an updated fashion alongside all Raid weapons at the advent of the Age of Triumph update. Within this update, featured Raids were added, which allowed players to play updated versions of all four Destiny Raids on a weekly rotation with new rewards to chase. Of these rewards, Raid primary weapons were given their elemental damage back, labeled as "(Adept)" variants. However, this change was balanced by bumping these weapons up to Exotic rarity.

Fatebringer would eventually make its return to the franchise in Destiny 2 when the Vault of Glass was reprised during Season of the Splicer. In Destiny 2, it had a chance to drop as a reward from the Templar and Gatekeeper encounters. 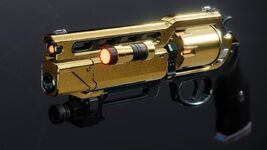 Fatebringer as it appears in Destiny 2 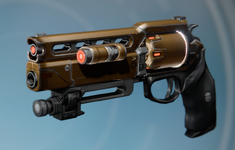 Fatebringer as it appears in Destiny 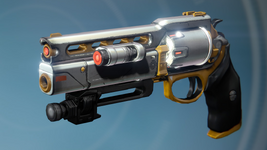