The Destiny Ghost Edition is the utmost special edition of Destiny, made to commemorate the title's release. It was revealed on July 7, 2014,[2] priced at $149.99 USD[1] and available for preorder that same day. Its intended ship date was to coincide with the game's launch in September of that year.

This edition's main selling point, and what it gets its name for, is the Ghost replica exclusively available within it.[2] This replica featured light and sound functions, including a light-up eye and playable voice clips from the Ghost, as heard in Destiny. Also included is a short micro USB cable to be used to charge the Ghost replica.

Aside from the Ghost replica, the other item exclusively included in the Ghost Edition is the Golden Age Relics set of collector's items. This included various things such as an Ares1 patch and picture, a Russian Federal Bureau of Aeronautics sticker, as well as translucent photo sheets depicting the Traveler, using a unique imaging technique. Otherwise, the Ghost Edition includes everything found in the Destiny Limited Edition, such as the SteelBook case, the Antique Star Chart poster, the Guardian Folio, the Arms and Armament Field Guide, the set of Postcards from the Golden Age, a copy of Destiny, the Destiny Expansion Pass, and the Collector's Edition Digital Content Pack.[2]

There were four variants of this special edition box, one for each platform Destiny was playable on at the time. This included the Xbox 360, PS3, Xbox One, and PS4. Each featured a differing slip cover, with the top front designating which console the edition was for. But otherwise, each set was identical, with the exception of the SteelBook case. Xbox 360 game cases were taller than that of the PS3, Xbox One, and PS4, and that difference is reflected in the SteelBook case as well.

As explained in the November 20, 2014 Bungie Weekly Update, the exclusive EV-30 Tumbler Legendary Sparrow was gifted to players that Tuesday who had purchased any of the following: Destiny Ghost Edition, Destiny Limited Edition, Destiny Digital Guardian Edition, or the Destiny Expansion Pass.[3] It was also available to players who purchased The Dark Below by itself as of its launch on December 9, 2014.[3] 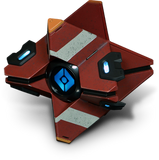 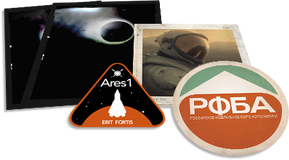 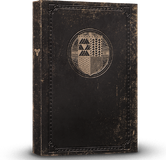 Postcards from the Golden Age 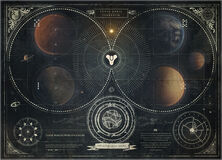 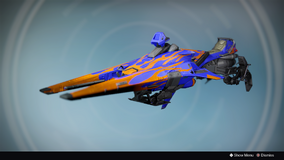 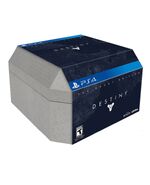 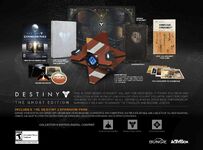 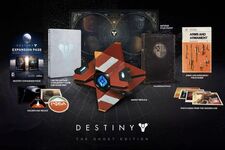 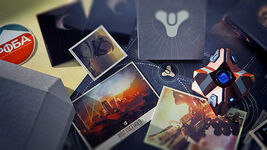