The Destiny 2 Collector's Edition is the premier special edition release of Destiny 2. It released alongside the game on September 6, 2017, after being open for preorder since the game was revealed on March 30, 2017.[1] It contains items related to characters who debuted in Destiny 2, such as Suraya Hawthorne and Emperor Calus.

This special edition is the largest physically to ever be attached to a release within the Destiny franchise. This is due to the inclusion of the Frontier Bag, which is the collector's edition marquee item. With the attached Frontier Kit, the bag's appearance is replicated from the bag used by Suraya Hawthorne as seen in Destiny 2. The bag can be converted for use either as a messenger bag or a backpack. The Frontier Kit attaches to the top of the bag, and contains many items inside, such as a solar-powered USB charging device, a package of paracord, and a solar blanket. The Cabal-Themed Collector's Box and SteelBook case the collector's edition shares with the Destiny 2 Limited Edition. The Cabal box holds many items such as a booklet, a schematic, postcards, and Guardian military pawns.[3]

The Destiny 2 SteelBook follows suit with the previous two Destiny SteelBooks, in that it is too silver in color and features radial design work. However, it also displays the Red Legion insignia on the backside of the case. Inside the SteelBook case is a game disc for Destiny 2, as well as digital codes for the Destiny 2 Expansion Pass as well as the Premium Digital Content.[3]

The collector's edition released with variants for the three platforms the title would be releasing on, Xbox One, Playstation 4, and PC. The only differences between these releases are the branding on the box outer slip cover, and the digital codes included for the game content. 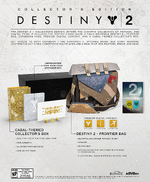 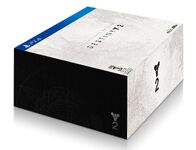 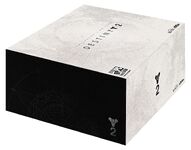 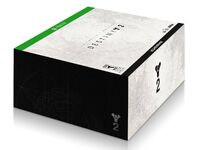 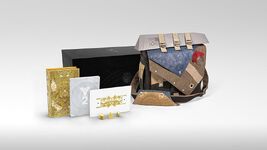 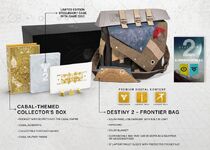 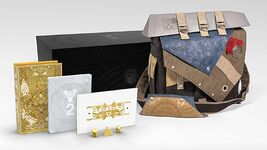