Curse of Osiris
Destiny 2 is the second entry in the Destiny video game franchise, developed by Bungie in collaboration with High Moon Studios and Vicarious Visions. The title was published by Activision, and released on September 6, 2017.

Its story summons the Cabal to the forefront as the never before seen Red Legion, led by Dominus Ghaul invades the City, and entraps the Traveler. This beckons a world without Light, as Guardians lose their power en masse, and the Cabal occupy the Last Safe City.

The story of Destiny 2 begins with the Guardian returning to the City as the Cabal Red Legion, led by Dominus Ghaul, siege the Tower. The attack eventually pushes the Guardians out of the City, and the Cabal capture the Speaker in the process. The Guardian, with the assistance of Amanda Holliday, reaches the Red Legion command ship, the Immortal, to lower its defenses. After doing so, the Guardian is confronted by Ghaul, right as the Traveler's Cage, a device made by the Cabal to block the Traveler's Light, is activated. Rendering the Ghost unconscious, and the Guardian defenseless. Ghaul then pushes the Guardian off of the ship, sending them falling into the City streets, where they eventually recover, and escape.

Meanwhile, Ghaul and his Consul probe the Speaker, as Ghaul wishes to understand how he can earn the Light from the Traveler. However, the Speaker explains how this will never happen, which leads to his untimely death. Ghaul also retaliates against the Consul for having disapproved of his fascination with earning the Light, rather than taking it.

The Guardian then meets Suraya Hawthorne in the city outskirts, and receives a vision from the Traveler. This vision prompted the Guardian to find a fallen Shard of the Traveler in the European Dead Zone on Earth, which restores their Light upon contact. With this newfound hope, the Guardian reunites the fractured Vanguard, and mounts a counterattack on the now Cabal-occupied City. Making their way back aboard the Immortal to confront Ghaul, who in his desperation has blessed himself with the Traveler's Light, and is now wielding Guardian abilities. The Guardian, however, reigns victor, as they often do. But Ghaul's being begins to transcend his body, as he becomes a mass of viscous Light. As he reaches out to the Traveler, in an unprecedented action, it awakens. The Traveler emanates massive beams of Light as it breaks free of its cage, vanquishing Ghaul for good. The Travler is left in a damaged, yet finally awakened state, as the Red Legion retreats.

The standard edition of Destiny 2 was available both physically and digitally, initially sold for $59.99 USD.[1] However, Destiny 2 and all of its Year 1 content was eventually made available for free as part of Destiny 2: New Light on October 1, 2019.[2]

Available for $99.99 USD, the Digital Deluxe Edition of Destiny 2 included the base game, the Expansion Pass, and the Premium Digital Content pack.[1]

The Destiny 2 Limited Edition is the lesser of the two physical special editions made for Destiny 2. For $99.99 USD, it includes all of the digital content included in the Digital Deluxe Edition as well as a collector's box which contains a SteelBook case for Destiny 2 and the Cabal-Themed Collector's Box.[1]

The Destiny 2 Collector's Edition sold for $249.99 USD, and it includes everything available in the Limited Edition, as well as the Frontier Bag and Frontier Kit.[1]

The Destiny 2 Expansion Pass was sold for $29.99 USD, and it included the first year of expansion content for Destiny 2, which included Curse of Osiris and Warmind.

The Upgrade Edition of Destiny 2 was available during the title's third year, after Destiny 2 and its first two expansions were made free to play. For $49.99 USD, it included Forsaken, the Forsaken Annual Pass, Shadowkeep, and a season pass for the active year 3 season.[6]

Due to Beyond Light's release and the vaulting of Forsaken Annual Pass content, the Upgrade Edition was replaced by the Destiny 2: Legendary Edition for the game's fourth year. For $79.99 USD, it included all three of Destiny 2's annual expansions, Forsaken, Shadowkeep, and Beyond Light, as well as the active year 4 season pass.[7] 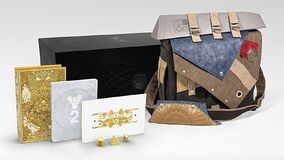 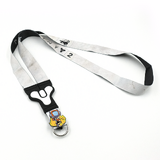