Instagram
Twitter
Facebook
Tumblr
Bigshot Toyworks is a merchandising company that produces a variety of products, prominently including mini stylized figurines; as is the case with their Destiny products.

The series began in 2017, with its first release being the Lord Saladin and his Wolfpack set, and has continued to present day, spanning more than a dozen figures in total. Initially, the line was produced in partnership with ThinkGeek, a merchandising company owned by Gamestop. Therefore many releases were exclusive to Gamestop, with any other exclusives going to Loot Crate. However, the line was paused as of the split between Bungie and Activision in early 2019, and upon resuming in 2020, new releases seem to be exclusive to the Bungie Store.

As mentioned, the first release in the line was the Lord Saladin and his Wolfpack set, which included Lord Saladin and two wolves. This was one of two releases in 2017, with the latter being the Cayde-6 preorder bonus figure, which was offered by Gamestop as a bonus for preordering Destiny 2 from their store. Wave 2 would release in early 2018, and would consist of three figures, Zavala, Ikora, and Ghaul. These were all available at general retail, with a suggested price of $14.99 USD. Later in 2018 was the release of wave 3, which was comprised of the Anastasia Bray and Thrall set, Nokris, Herald of Xol, and Uldren Sov. Also that year, there were three standalone releases. These consist of the Gamestop exclusive Cayde-6 with Chicken, a Loot Crate exclusive Cayde-6 variant, and the Loot Crate exclusive Osiris figure, which was found in the Destiny 2 Limited Edition Loot Crate. The next and most recent wave, wave 4, was released on May 19th, 2020 exclusively on the Bungie Store. This wave contained the Lord Shaxx and Redjack set, the Goblin, and the Sweeper Bot. 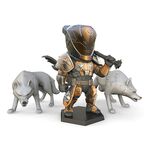 Lord Saladin and his Wolfpack
August 2017 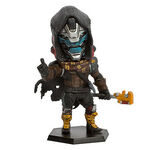 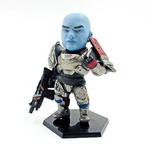 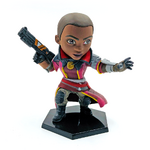 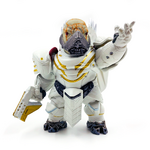 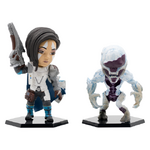 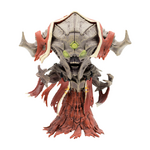 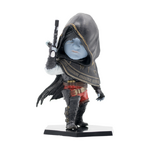 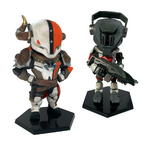 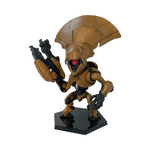 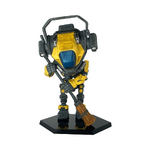 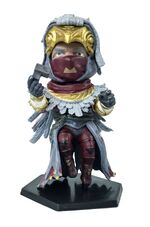 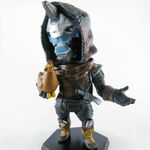 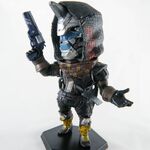