View source
watch 01:36
We're Getting Mutants in the MCU - The Loop
Do you like this video?
Play Sound
3A // Mara Sov Statue

12"[2]
The 3A Mara Sov Statue is an extremely limited premium statue produced by 3A in collaboration with Ashley Wood to celebrate the launch of Destiny on September 9, 2014.[1] Only three-hundred copies were made, and they were never sold publicly, as they were made as gifts for employees at Bungie exclusively.[2][3] The statue depicts Mara Sov in a highly stylized manner, similar to some of Wood's other pieces. It stands at 12" (30.48cm) on a circular display stand.[2] Mara Sov is posed with one leg on the head of a Vex Gate Lord, inspired by the mission "A Key Awaits," in which the Guardian delivers the eye of a Gate Lord to Mara and Uldren Sov in the Reef.[4] 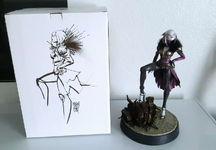 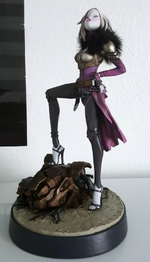 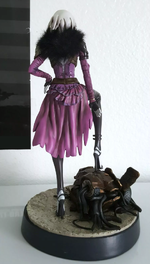 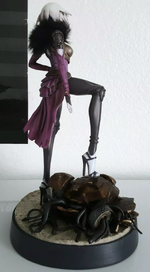 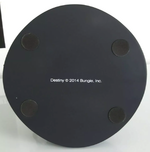 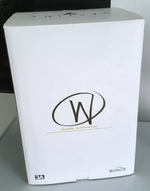